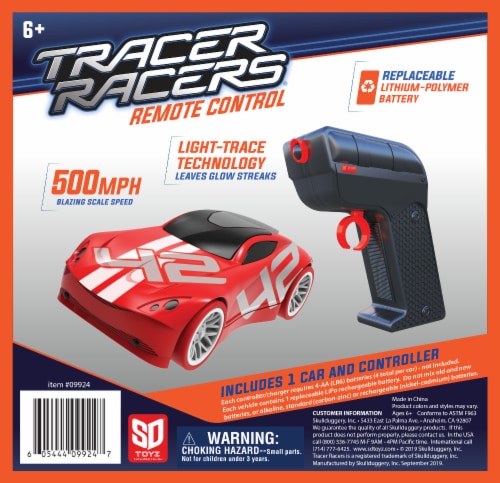 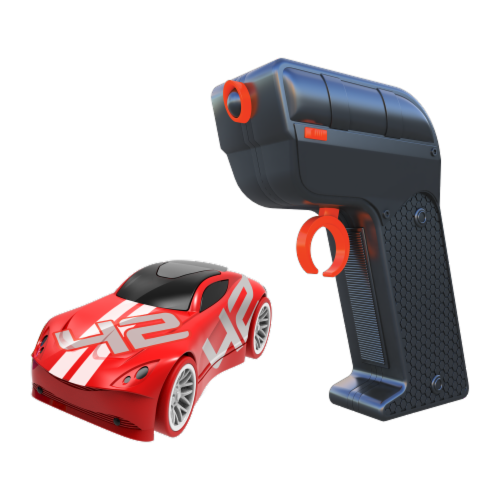 The next generation of Tracer Racers Remote Control racing sets are here! High powered, long lasting, and durable, these new ‘glow streakin’ racers include a replaceable, rechargeable lithium polymer battery that keep and hold a charge much longer than their predecessors. SD Toyz brings you the coolest racing experience ever with Tracer Racers R/C glow streak high speed remote control glow in the dark racing!    Tracer Racer racing cars feature undercarriage lights that not only make these cars look almost like they are hovering rather than rolling - the lights also leave glowing streaks in their wake showing how the racers are "burning" up the track!    Remote controlled cars can be driven at variable speeds with a top to-scale speed of 500 miles per hour; Long lasting, replaceable lithium polymer car battery recharges by being plugged into the control - only one set of 4 AA batteries for each controller are required (AA batteries not included). Perfect for both beginning and advanced race fans as variable speed remote control cars allow racers to control course difficulty.