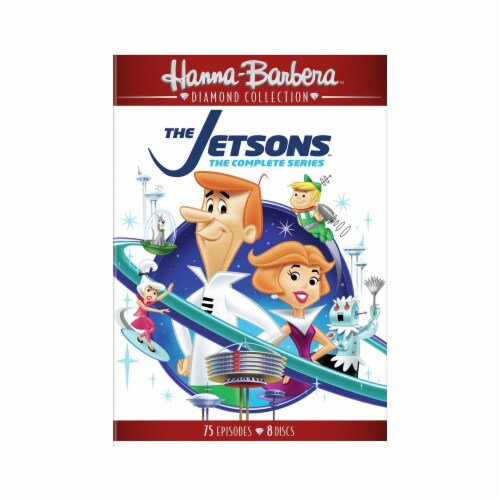 The Jetsons Complete Series on DVD

The first family of the 21st Century proves that the future ain't what it used to be! Join George Jetson, his boy Elroy, daughter Judy, and Jane, his wife, in this state-of-the-art 75-episode collection. This visionary series featured flat-screen TVs, the internet, 3D printing, holograms and smartwatches – long before they were a reality. Add Rosie the Robot, Astro the dog, and one of the best theme songs in the history of television and you have entertainment on an astronomical scale. Plus, you’ll get the animated feature The Jetsons Meet the Flintstones as a time-traveling bonus! This beloved family of the future will show you that fun is always timeless. So put on your flying suit and let’s party like it’s 2062!