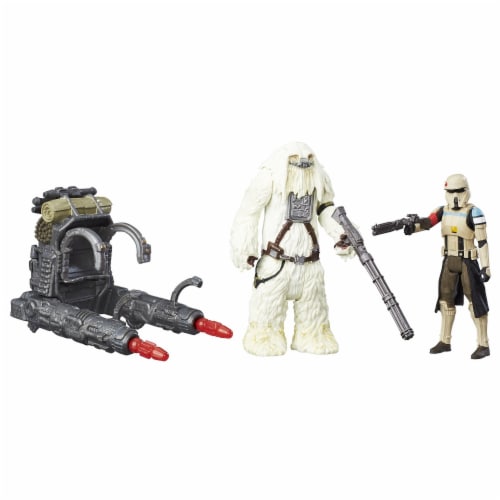 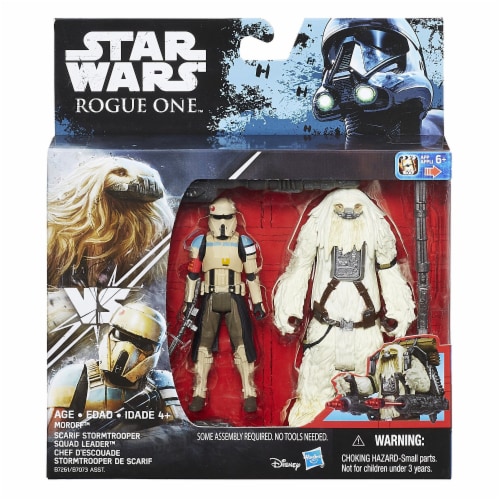 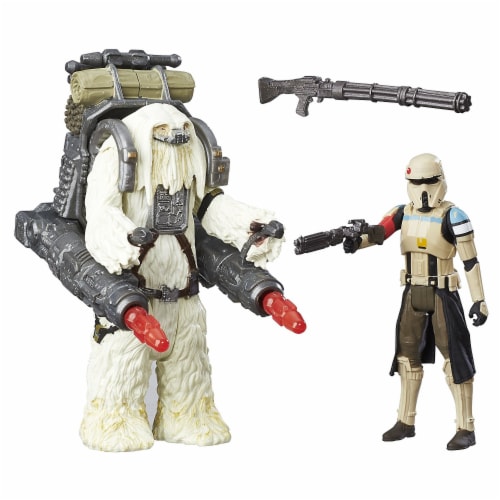 Hover to Zoom
Item 1 of 3 is selected.

Specialist stormtroopers stationed at the top secret Imperial military headquarters on Scarif, Shoretroopers patrol the beaches and bunkers of the planetary facility. Moroff seeks out combat zones in the galaxy to sell his brawn and firepower to anyone who might need it. Not interested in the details of the Empire versus Rebels conflict, the mighty Gigoran mercenary figures there's money to be made for a towering heavy gunner of great strength. Re-create the biggest battles and missions in the Star Wars saga with these Star Wars figures! Join the fearless Rogue One Squadron with this Deluxe 2 pack featuring the Scarif Stormtrooper figure, Moroff figure, and a dual projectile launcher pack! Experience the journey of the Rogue One Squadron, and the events that led to the climactic demise of the first Death Star. Relive the daring action and excitement from Star Wars Rogue One with this collectable Imperial Death Trooper and Moroff Deluxe figure 2 pack. Additional figures each sold separately. Star Wars products are produced by Hasbro under license from Lucasfilm Ltd. Hasbro and all related terms are trademarks of Hasbro.