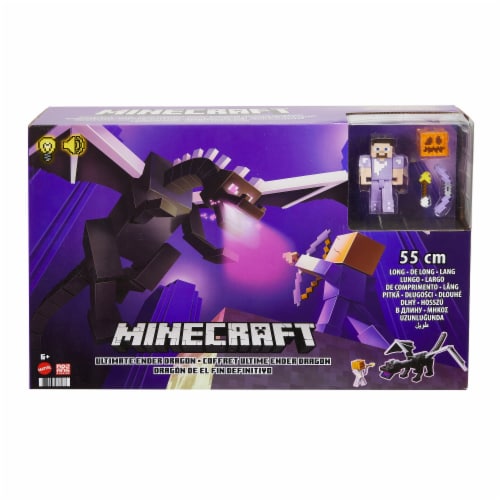 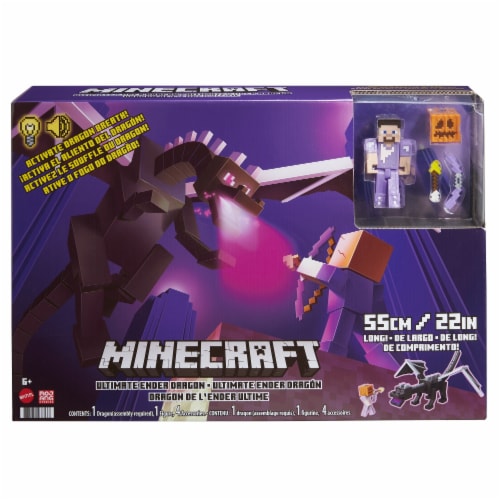 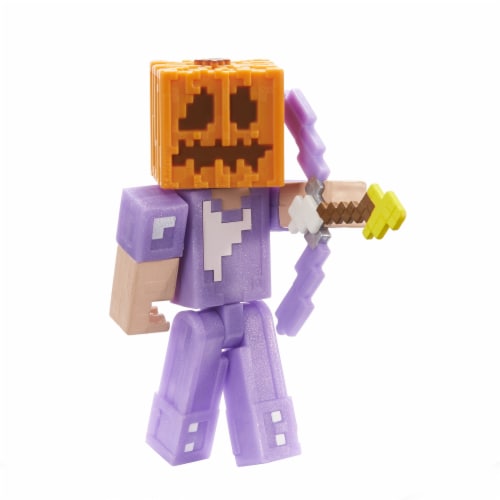 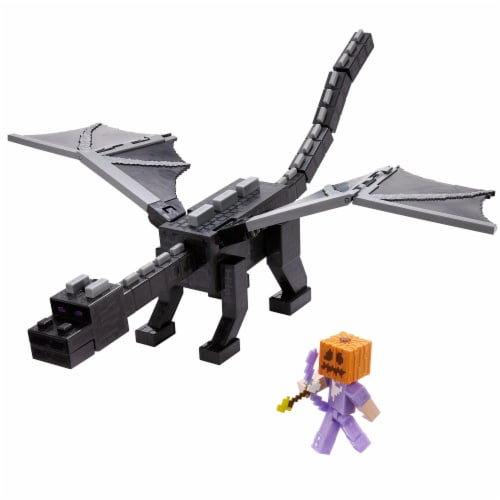 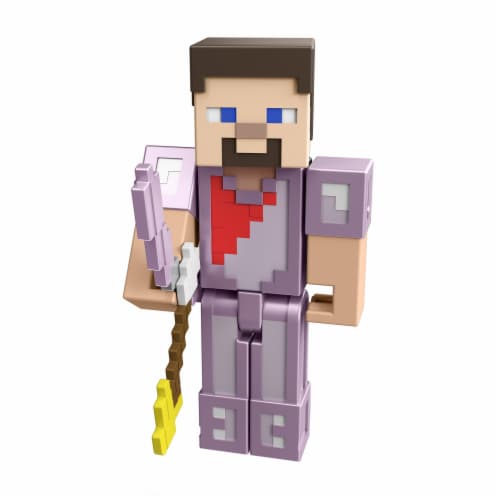 Hover to Zoom
Item 1 of 5 is selected.

In this complete play in a box, the mighty Ender Dragon, Minecraft's ultimate boss, battles it out with Steve! Enormous Ender Dragon measures 20 wing to wing and 22 tip to tail and emits light and ferocious sounds. Playset includes 3.25-in-scale Steve figure that shows color-change battle damage when hit by the Ender Dragon's misty breath! Also comes with accessories to offer Steve a fighting chance against the fierce and powerful dragon: a suit of combat armor, a weapon and an extra battle accessory for epic battle scenes. Makes a thrilling addition to any Minecraft player's collection. Colors and decorations may vary.