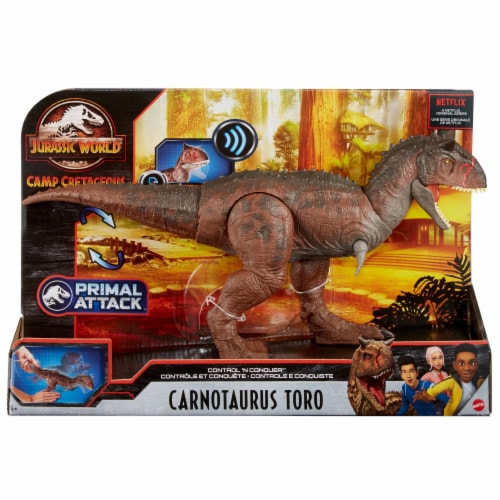 The Control 'N Conquer™ Carnotaurus Toro dinosaur figure is inspired by the Jurassic World animated series, Camp Cretaceous! This larger-sized dinosaur figure lets kids control the carnage with the Primal Attack feature which allows realistic movement and attack activation! Get total control of the Toro figure by tilting the tail up to move its head, waist and to twist sideways. Lift the tail up and Toro ROARS; use the tail button to make Toro ROAR, too. Push the tail button to make the jaws open and close to pick up figures and accessories! It's awesome animated control with roaring sound effects that kids will love!