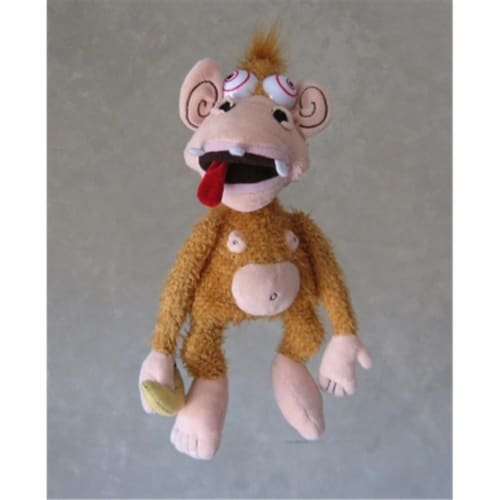 Freddie Flungpu is one of a new line of crazy characters called Insanimals. He has his own facebook page so kids can interact with him. Freddie Flungpu is from the dense jungles of India. When he was a little monkey he carried a banana around and sucked on it like a baby bottle. His friends thought this was weird. Freddie s feelings were so hurt that he joined a traveling circus passing through town. Freddie could do high wire walks ride the backs of ponies and swing across the big tent. But sometimes Freddie would swipe unsuspecting people s popcorn and eat it right in front of them And he would throw things at the crowd. That s how he got the name Flungpu. The circus ringleader tried to hypnotize Freddie and cure him of his flinging but that did not work. Hypnotism only made Freddy s eyes pop out and turn to bright red circles. Freddie wants to find a new loving home. Maybe you can teach him some new tricks. Just don t ask him to play catch; you never know what he might throw at you. Dimensions: 2 L x 9.5 H x 5 W.