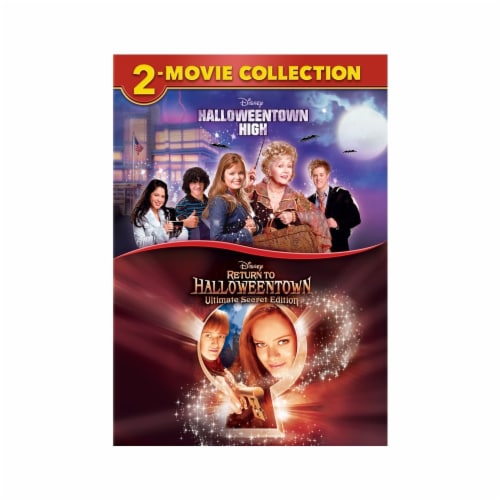 To prove that humans have changed since the dark times, Marnie invites Halloweentown teenagers to her school. When an evil knight shows up to destroy all things magical, Marnie must save her friends and her own magic.

Against her mother's wishes Marnie goes to college at Halloweentown's Witch U, where she hopes to be able to embrace her identity as a witch. College is not what she expected, though--magic is forbidden on campus, her brother Dylan is attending the school, too, and a trio of wicked sisters are making her life miserable. To make matters worse, an ancient prophecy makes Marnie the target of an evil conspiracy and could change the world and Marnie's life forever; she has to marshal all her talents and allies to save the day, and in the process she comes to terms with her mother and with who she wants to be

This is a multiple-item set containing these film programs: